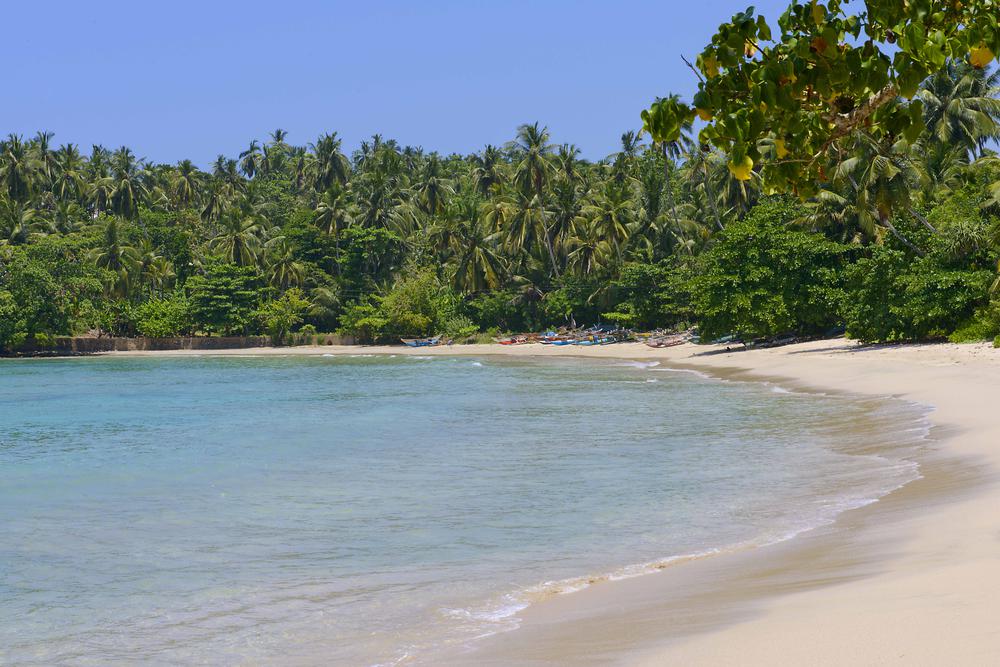 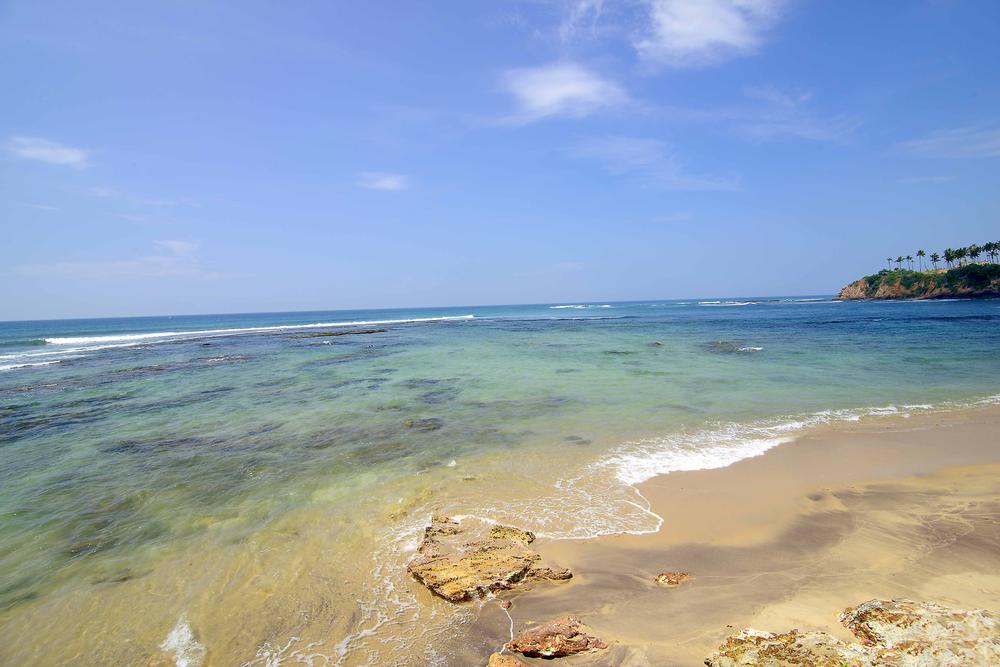 Sri Lanka is one of the best beach destinations in Asia and it is becoming increasingly popular, due to its size, varied geography, wonderful hospitality and rich cultural heritage.

For many years Sri Lanka has been a popular beach destination, with its white and golden sandy palm-fringed beaches. Beaches in Sri Lanka vary considerably, depending on the coast and time of year you wish to visit them.

BEST MONTHS FOR A BEACH HOLIDAY IN SRI LANKA

One of the main advantages of a beach holiday in Sri Lanka is that you can find good weather and good beaches all year round. In fact, Sri Lanka has two monsoons that affect the country at different times of the year on opposite sides of the island.
If you are travelling between December and April, the best beach conditions will be on the West and South coasts of the Island, as the East Coast of the country will be experiencing its monsoon during this period. If you are travelling instead between June and October, then we recommend you visit any of the stunning white beaches on the East Coast, as the weather and sea conditions will be best at this time.

The West Coast experiences strong monsoons between July and November. December through to April are the best months to visit the region with sunny, clear days and little rainfall.

The months between December and May are peak holiday season, while the Yala Monsoon hits the region from June to October. However, the South Coast is generally less affected by the Western Monsoon, even during the rainy period (especially in Dikwella and Tangalle). Rainfall drops dramatically during the month of August, so it is still possible to enjoy a beach holiday during the monsoon period. However, winds and waves are generally stronger during the off season, especially during the afternoons.

Arugam Bay, Uppuveli & Nilaveli, and Passikudah & Kalkudah beaches
The best time to visit Sri Lanka’s East Coast is between the months of April and September. The monsoon rains start in November and go on until the end of February. March and October are also called “intermonsoon” months or shoulder periods, with some chance of rain in the evenings.

BEST BEACHES ON THE SOUTH COAST OF SRI LANKA

Our selection for 2019 includes some famous beaches and some less-known places. We have selected the less-known spots and we have personally visited each of one of them. This is the list of our favourite 5 beaches on the South Coast of Sri Lanka. 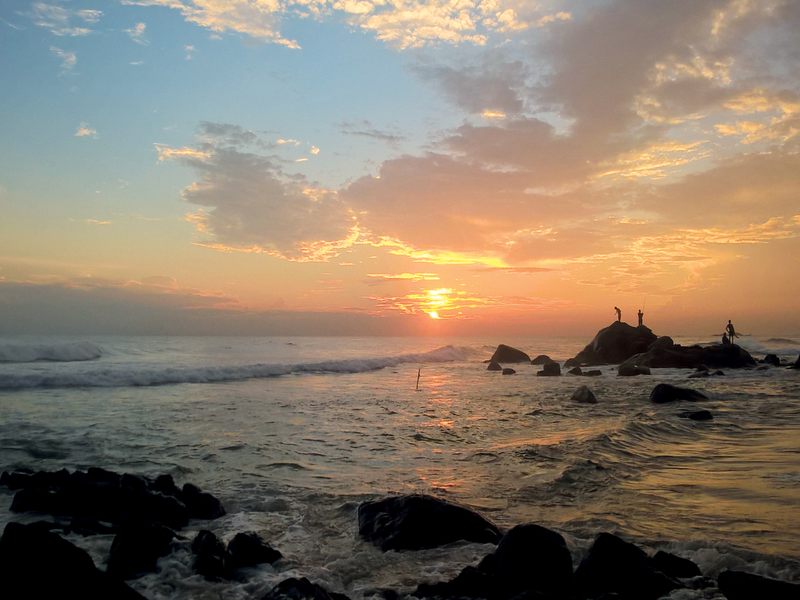 Mirissa is a lively beach, good for surfers. It is surrounded by lush green vegetation and is a very wide beach. From December to April, Mirissa is the best starting point for whale watching expeditions or luxury catamaran excursions and sailing holidays along the South Coast of Sri Lanka. Mirissa is in fact one of the best places in the world to enjoy whale watching, as blue and sperm whales make their migratory journeys around the coast of Sri Lanka.

Today, the beach is becoming a very popular destination. As a result, it is not a secret hideaway anymore, as it used to be 10 years ago. However, it still retains the beautiful ambience and vibe, with some beach restaurants and a lively nightlife, especially during the weekends. Mirissa has many affordable guest houses and small hotels on Mirissa Beach itself.

A few minutes away from the main beach, you also have the possibility of renting a luxury villa, such as the beachfront Villa 33 (only a 5-minute tuk tuk ride from the main Mirissa beach), the luxury 5-bedrooms Villa 23 ,  Villa 2 and Villa 5.

Located in a calm bay between Mirissa and Galle, Weligama Bay is mostly famous for its stilt fishermen: stilt fishing is a traditional fishing method practised by fishermen along the Southern Coast and it is visible particularly in Weligama. Today, fishermen also come to have their pictures taken by tourists. They even lend their stilts to travellers so they can try the system for themselves, in exchange for some money or gifts. Weligama is also a perfect destination for surfers, as it is sheltered by a shallow coral reef.

Weligama beach has a wide choice of accommodation, from guest houses to multi-star hotels.Villas in Weligama are also available: some of our recommended villas are the 5-bedroom Villa 42, Villa 114, Villa 90 and Villa 28  and the 3-bedroom Villa 69 (only a five minute drive to the beach).

Habaraduwa Beach is a stunning 2-mile long beach, located approximately 12 kilometers from Galle Fort. It is ideal for families with children, as its waters are very calm during the season from December to April every year.

This beach has also some stunning beach villas, making it a perfect destination for Villa holidays in Sri Lanka. Some of them are the 2-bedroom Villas 8 and Villa 9, ideal for small groups, the 3-bedroom Villa 57, the family-friendly Villa 59 with 4 bedrooms + 1 bedroom for children (with bunk beds) and the four-bedroom Villa 71.

Dikwella is most famous for its long sandy beach, which is protected by headlands and reefs, making it safe for swimming during the season from December to April. Hiriketiya Beach is located only 2 kilometres from Dikwella beach and it is a surfers paradise.

This quiet bay has waves for both beginners surfers and the more advanced practitioners. The beach is also equipped with surfboard rental shops, cafes and guesthouses.

For those surfers looking for high-end accommodation, there are stunning Villas very close to Hiriketiya Beach, such as the 3-bedroom Villa 87, the 4-bedroom Villa 95, and Villa 21. 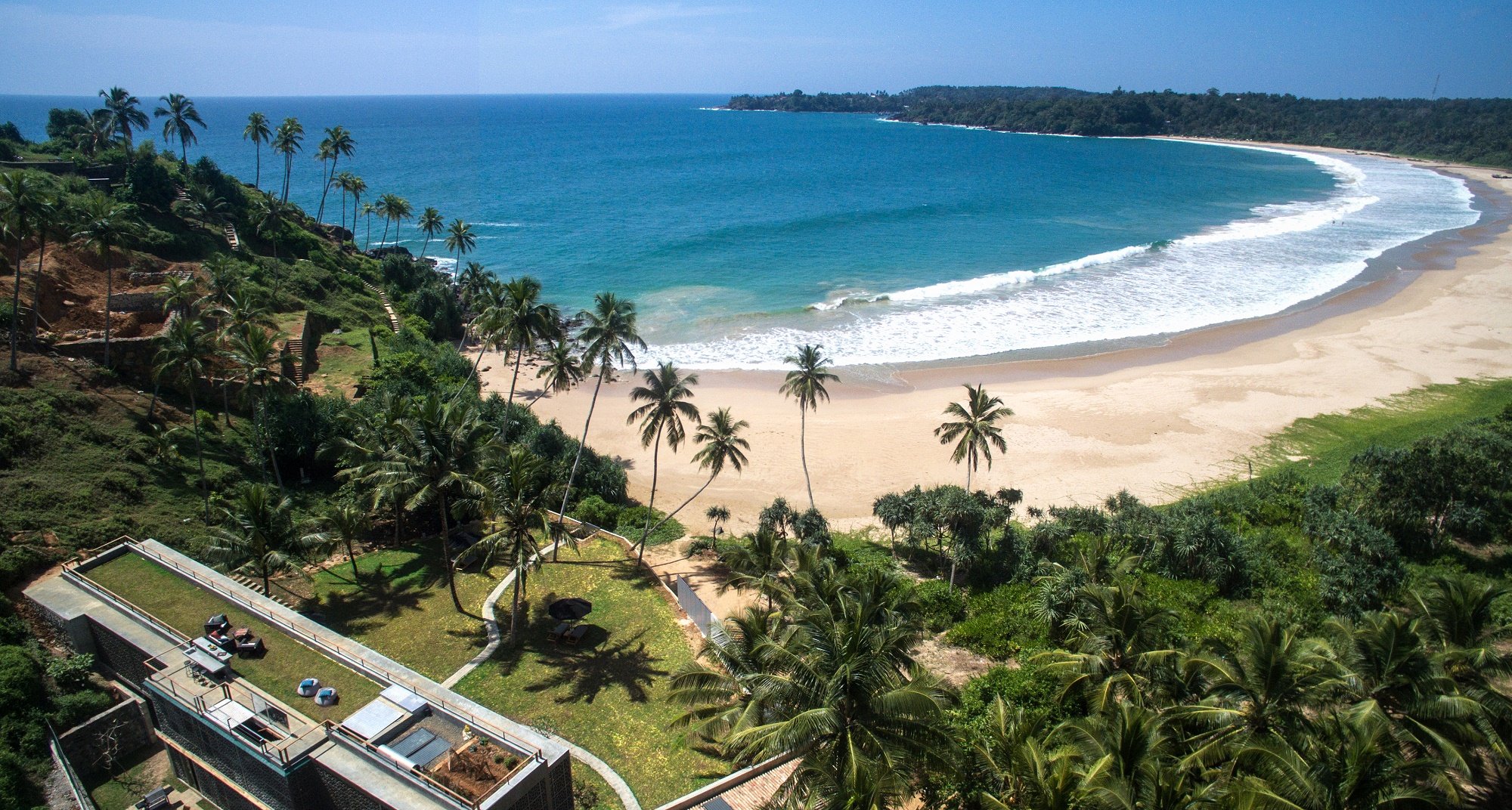 This stunning beach is located in a calm bay, between Matara and Dikwella towns. And, also for 2019, it is on our top list of best beaches in the south coast of Sri Lanka. Talalla Beach has calm waters, stunning views and a peaceful and unspoilt environment.

Talalla beach has also some nice guest houses, eco resorts and a couple of good villas nearby. The Luxury 7-bedroom Villa 26  is located only a 5 minute drive from this beautiful beach, while Villa 16 – featuring also 7 bedrooms – enjoys a privileged view over the Talalla bay.

We use cookies on our website to give you the most relevant experience by remembering your preferences and repeat visits. By clicking “Accept All”, you consent to the use of ALL the cookies. However, you may visit "Cookie Settings" to provide a controlled consent.
Cookie SettingsAccept All
Manage consent

This website uses cookies to improve your experience while you navigate through the website. Out of these, the cookies that are categorized as necessary are stored on your browser as they are essential for the working of basic functionalities of the website. We also use third-party cookies that help us analyze and understand how you use this website. These cookies will be stored in your browser only with your consent. You also have the option to opt-out of these cookies. But opting out of some of these cookies may affect your browsing experience.
Necessary Always Enabled
Necessary cookies are absolutely essential for the website to function properly. These cookies ensure basic functionalities and security features of the website, anonymously.
Functional
Functional cookies help to perform certain functionalities like sharing the content of the website on social media platforms, collect feedbacks, and other third-party features.
Performance
Performance cookies are used to understand and analyze the key performance indexes of the website which helps in delivering a better user experience for the visitors.
Analytics
Analytical cookies are used to understand how visitors interact with the website. These cookies help provide information on metrics the number of visitors, bounce rate, traffic source, etc.
Advertisement
Advertisement cookies are used to provide visitors with relevant ads and marketing campaigns. These cookies track visitors across websites and collect information to provide customized ads.
Others
Other uncategorized cookies are those that are being analyzed and have not been classified into a category as yet.
SAVE & ACCEPT
error: